You already know that protein is an important part of a healthy, balanced diet. But when you don’t eat a lot of meat, it can feel difficult to get in your recommended daily intake of protein. (The amount of protein you need will vary depending on a several factors, but protein should generally make up 10 to 35 percent of your day’s total calories.) Whether you’re a vegetarian, vegan or just an occasional meat-eater, there’s good news: You can get just as much protein as all the carnivores out there. Start by chowing down these seven foods.

They contain 15g of protein in just a 1-cup serving, more than the amount in a chicken drumstick. Not only are black beans a great source of protein, but they’re also an excellent source of fiber and vitamins and minerals—plus they’re low in fat and have no cholesterol. Use them instead of chicken in a quesadilla.

Much like beans, lentils check some important boxes for herbivores. One cup of cooked lentils has nearly 18g of protein — more than the amount in a hamburger — and also contains a lot of fiber, vitamins, and minerals. This curried red lentil soup is ready in about an hour. 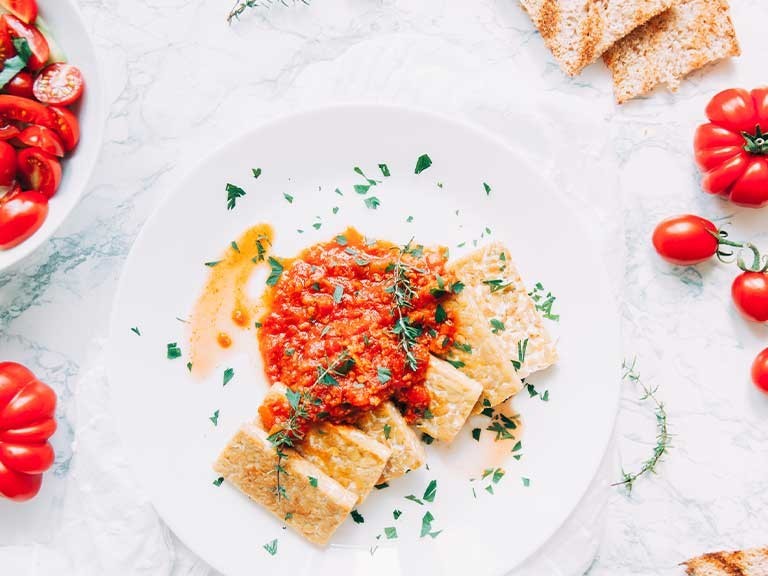 A fermented soybean product, tempeh is a tasty substitute for bacon or chicken. In fact, a cup of tempeh has about 33g of protein; by comparison, a slice of bacon has just under 4g of protein. Try a smothered tempeh sandwich.

Soybeans take on many forms and are rich in amino acids and B vitamins. One cup of soybeans has about 31g of protein, more than a 4-ounce turkey burger. Use them in these edamame quinoa burgers. 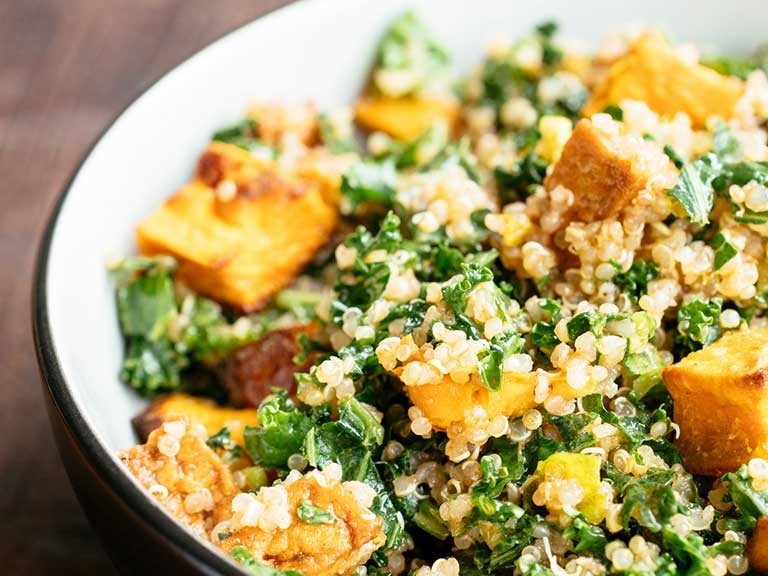 Consider quinoa the king of protein-filled grains. Just ½ cup cooked quinoa contributes about 4 grams of protein. And it’s versatile: It can be used in cookies, bars, salads, bowls and more; try it in these almond butter-quinoa blondies.

No wonder a can of spinach made Popeye’s muscles bulge – just one cup is equivalent to nearly 5 grams of protein. What’s more: This popular green is a fantastic source of folate, important for healthy cells and reproductive health. No need for protein powder when you’ve got spinach in your smoothie.